Nature Canada - The Parks Canada Agency, the World's oldest parks service, is reaching an important milestone: 100 yrs. of overseeing one of the most extensive, best-managed & highly-respected parks systems in the world. Details here. In or near Jasper National Park.  All photos by PLT.
Post a comment
Read more

- July 12, 2011
Dear Editor, Well, it didn't take long for the new Harper government to start showing its true colours. And, if you care about the rights of ordinary workers, it doesn't look good. With the help of his new "Sarah Palin wanna-be" Labour Minister, Harper has, predictably, legislated an end to the postal lockout. In his infinite "wisdom and mercy," he has imposed a wage settlement on the workers which is even lower than Canada Post had been offering. Canada Post's decision to lock out its workers (if indeed that decision was its own) played conveniently into Harper's hands. It allowed him to impose back-to-work legislation, which fit right in, not only with his own mean-spirited, hidebound ideology, but that of Republicans and Tea-Partiers everywhere. Up until the lockout, at least the mail had been getting through. Sadly, it now seems our descent into American-style austerity, which treats working people as the enemy and the rich as our saviours,
Post a comment
Read more 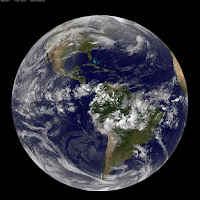