- July 26, 2011
Green Economy 22 July 2011 In an effort to rid the country of Monsanto's GMO products, Hungary has stepped up the pace. Details here.
Post a comment
Read more 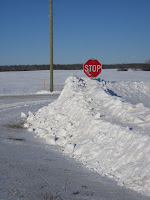 Manitoba News Release - July 26, 2011 The Manitoba government will start construction on an emergency channel out of Lake St. Martin immediately, and Lake Manitoba outflows through the Fairford River water control structure will be unrestricted throughout the winter, as recommended by independent engineering firms KGS and AECOM.   50% more snow than normal last winter was a sinister precursor of  unprecedented flooding in this  province in 2011. PLT.  If construction can be completed by this fall, levels on both lakes would be lowered before spring run-off begins, reducing the likelihood of flooding in 2012.  Several different options were examined by KGS and AECOM with technical support from Manitoba Infrastructure and Transportation and Manitoba Water Stewardship.  The option to quickly build an emergency channel that will allow for ongoing maximum flows through the Fairford River water control structure was assessed as the best option to provide emergency re
Post a comment
Read more 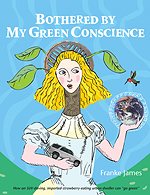 Gifted Canadian artist Frankie James has become the latest target of the bullying Harper government. According to James, an award-winning author with two masters degrees, Harper's henchmen are actively working to scuttle her Europeon art show! All because she thinks we should do something about climate change - and says so in her art! Details here.    PLT: Remember how Harper promised on election night to be a Prime Minister "for all Canadians?" He lied.
Post a comment
Read more
More posts