As climate change intensifies, here’s what could happen to Falkland Islands 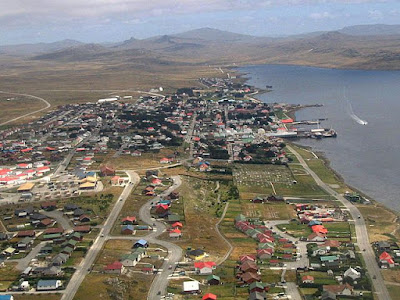 NATIONAL OBSERVER Port Stanley, Falkland Islands. Photo by  Tom L-C . The melting of ice in Antarctica due to a warming climate threatens to upend the economic livelihoods of Falkland Islands residents, says its representative to Canada. STORY HERE.
Post a comment
Read more

Over 60 wildlife species at risk in Canada's changing North 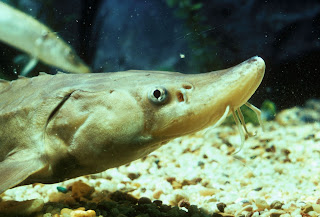 CNW a CISION company Some populations of Lake Sturgeon (above), a large, very long-lived species affected by historical  overfishing, are now on the endangered list (COSEWIC). US Fish & Wildlife photo. Atlantic Walrus and Eastern Migratory Caribou are at risk of extinction. So concluded the Committee on the Status of Endangered Wildlife in Canada (COSEWIC), which met recently in Whitehorse. The number of Canadian northern wildlife species considered to be at risk now stands at 62. Details here.
Post a comment
Read more

Do Marine Reserves Provide a Buffer Against the Ravages of Climate Change? Yes, say experts! 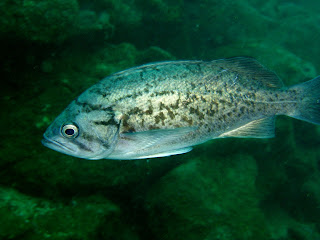 by Larry Powell An international team of scientists  is calling for more marine reserves  as a way to lessen the impact of manmade climate change.  The researchers believe, even if greenhouse gases are reduced in order to meet targets set out in the Paris Climate Accord, life on Earth will still face “serious stress and damage.” So more still needs to be done.  A blue rockfish in the Channel Islands Marine Sanctuary.  NOAA Photo Library Marine reserves are areas of ocean where fishing and development are declared illegal.  They’ve been shown to result in greater biodiversity, density, mass and size among fish and other marine life living there.  Yet only a very small percentage of the world’s oceans have been set aside for this purpose. The team suggests, well-managed marine reserves would help people adapt to “five prominent impacts” of climate change. These are; ocean  acidification, sea-level rise, worsening storms, the distribution of marine life and decr
Post a comment
Read more
More posts