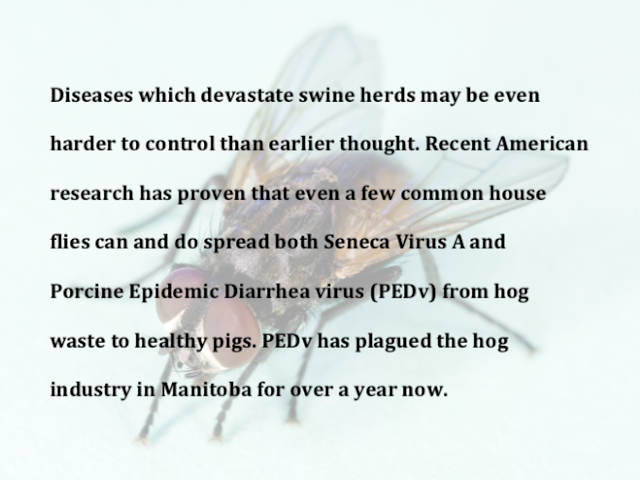 by Larry Powell The house fly. Photo by USDA A veterinarian at the Walcott Veterinary Clinic in Iowa, Grant Allison, captured flies at swine operations which had tested positive for both diseases in Iowa and Minnesota. In his words, "Flies replicate in moist conditions that could involve manure. So there's an intimate relationship between manure and viruses and flies. The idea that flies might be a possible vector was immediately obvious. We came up with a plan and started by finding an outbreak and trapping flies to see if the flies were positive." They were. Not only were they carrying live viruses for both diseases, they were spreading them to healthy pigs and making them sick. What's more, the flies were even found to be infectious in January, usually considered the off-season for such harmful vectors. Dr. Allison recommends putting a larvicide in the hog feed as one tool in a program to achieve effective fly-control. He believes an extensive pr
1 comment
Read more
More posts