Manitoba taxpayers paid out almost $900 thousand to help counter a deadly hog disease in this province. A PinP exclusive.

by Larry Powell
It cost the Manitoba treasury $871,847.26  to help hog producers battle “Porcine Epidemic Diarrhea,” (PED) since the killer virus invaded many barns in the southeast in the spring of 2017. But even with authorities warning that PED has now spread further west and north than ever before, and could return to the same high levels as it did in 2017, the provincial government claims it still doesn’t know how many piglets have died in the outbreak. (PED causes significant deaths only in animals in their first few days of life.)
* 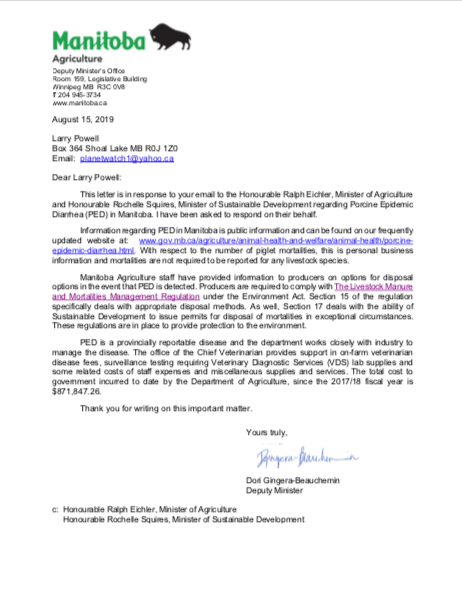 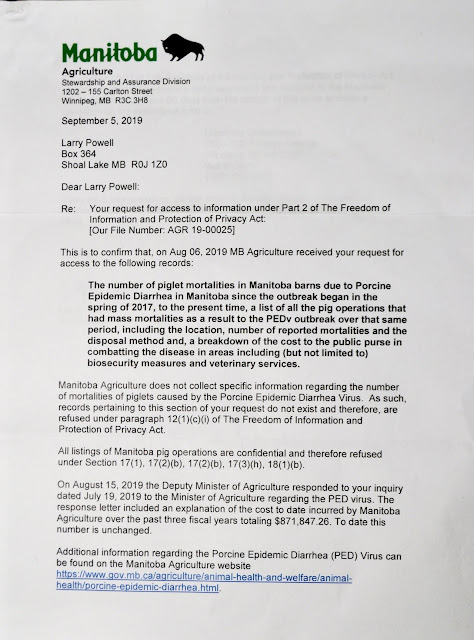 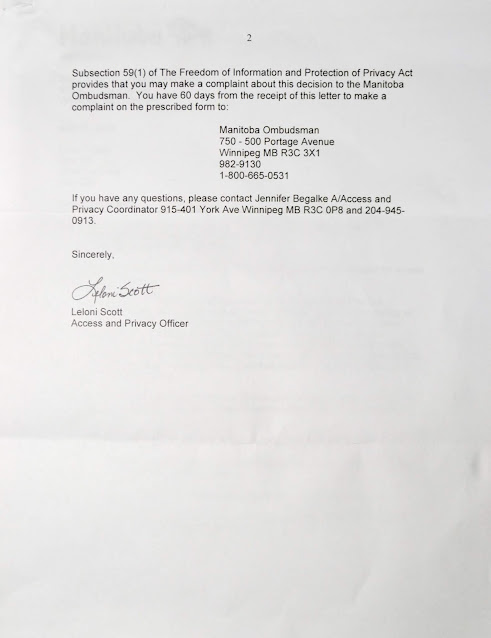 PinP said…
Given the substantial dollars Manitoba taxpayers are paying to prop up this "high-maintenance" industry, one would think our government would have a slightly better handle on the toll diseases are taking, in real time!
September 17, 2019 at 7:43 PM