Manitoba taxpayers paid out almost $900 thousand to help counter a deadly hog disease in this province. A PinP exclusive. 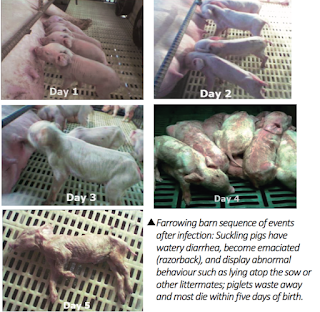 by Larry Powell It cost the Manitoba treasury  $871,847.26   to help hog producers battle “Porcine Epidemic Diarrhea,” (PED) since the killer virus invaded many barns in the southeast in the spring of 2017. But even with authorities warning that PED has now spread further west and north than ever before, and could return to the same high levels as it did in 2017, the provincial government claims it still doesn’t know how many piglets have died in the outbreak. (PED causes significant deaths only in animals in their first few days of life.) Photo credit - Manitoba Pork. *The Department of Agriculture tells PinP, "With respect to the number of piglet mortalities, this is personal business information and mortalities are not required to be reported for any livestock species.” Yet the government’s own “Livestock Manure and Mortalities Management Regulations” seem to suggest otherwise. They say, when a producer has more animals dying than he/she can routinely dispose of (as
1 comment
Read more
More posts