Bull sharks in Fiji. This widely-distributed species is among the most at risk of extinction.

The alarming study has just been published in Nature Communiciations. It finds, except for marine mammals, these coral sharks and rays are more likely to go extinct than any other wildlife group in the world. 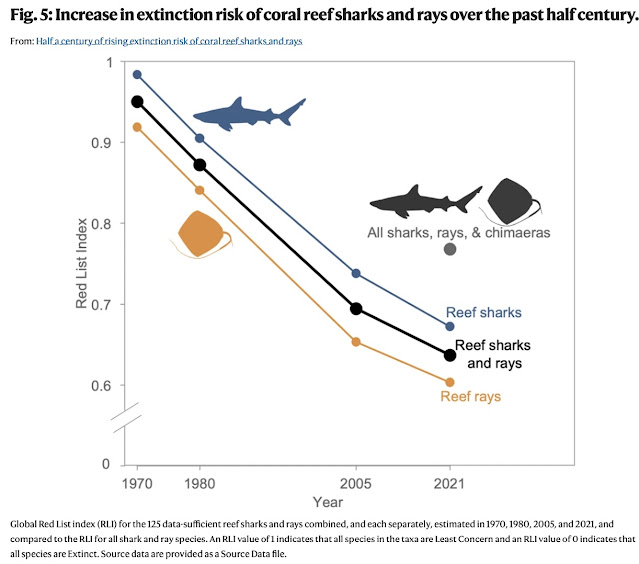 The usual culprits behind this tragic state of affairs have, once again been found to be; overfishing, habitat loss and climate change. 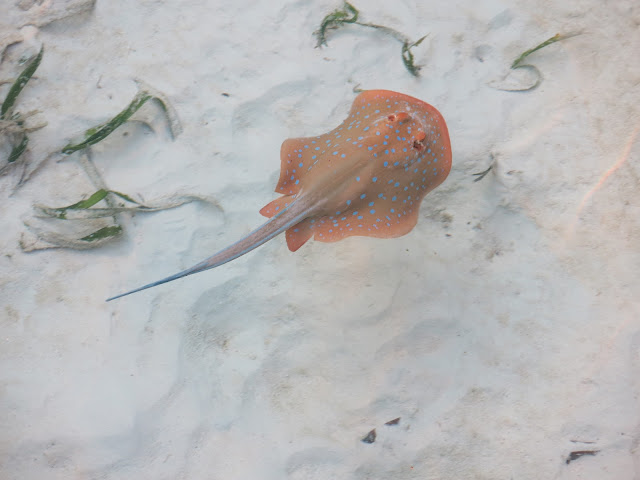 Bluespotted lagoon ray. Photos by Colin Simpfendorfer.
There is a glimmer of hope amid the findings. The ray (above) is the only coral reef shark or ray with an increasing population trend.