What's on my Food?

Dear Editor, Many Manitobans are upset that the federal election is happening at the same time as major flooding threatens their homes, businesses and farms.  Red River Valley - 1997 - Natural Resources CA After all, who wants to be distracted from the stressful job of protecting your livelihoods and families by yet another political campaign and trip to the polls? In a saner world, there would actually be candidates on the ballot from the two major parties we could vote for, who would be attacking the root causes of the catastrophic flooding so they don't get worse in the future. These candidates would already know that these events are on the rise in both frequency and intensity, due to climate change. Climate change is anthropogenic. If that is too big a word for you, Stephen, or you, Michael, it just means, it is caused by human beings. That's because we are producing way too many greenhouse gases from the fossil fuels we produce in
Post a comment
Read more 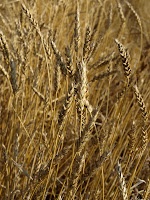