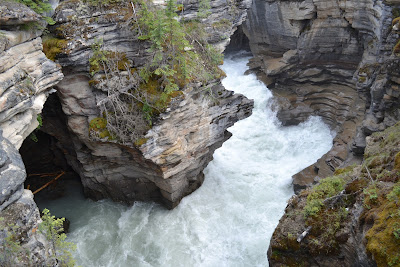 A waterfall along the Icefields Parkway - Jasper Nat'l. Park. PLT photo  In days, the Harper Government will privatize a section of Jasper National Park and let an American-owned company blast a 300m metal walkway into our World Heritage mountains -- but Jasper's Superintendent has the power to stop them. Jasper Park's Superintendent Greg Fenton, a local Jasperite, has the ability to stop the privatisation of the park that he grew up in and loves. Fenton is currently bending to the Harper Government's demands, but by sending a strong message of public disapproval to Fenton – he can not only save the park that he loves from corporate ownership but can also ensure that our other treasured National Parks remain publicly-owned and run. Private international companies should not be profiteering off our national treasures. Click here to ensure our parks stay in public hands -- sign the petition calling on Fenton to save Jasper National Park before it's too late! PLT:
2 comments
Read more
More posts