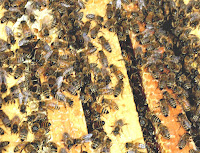 The Rise and Fall of our Manitoba Water Stewardship Ministers.

- January 14, 2012
Dear Editor, I think the Government of Manitoba has some explaining to do.  With Lake Winnipeg's water quality getting progressively worse through the years, why has Premier Selinger done away with the Ministry of Water Stewardship? Former Premier Gary Doer created the Department almost a decade ago. Since then, the government has bragged about it being "the first in Canada," suggesting it was needed to deal with mounting problems such as floods, agricultural and industrial impacts, eutrophication, excessive algae bloom, climate change and a growing population.  Then, with the stroke of a pen last week, the Premier has reduced Water Stewardship to a branch of the Department of Conservation. Why? It seems to me that the stewardship of Manitoba waters was the beginning of a life line for the survival of Lake Winnipeg. Now it has been taken away. At no time in Manitoba's history has there been such a need for a Department of Water Stewardship as the
Post a comment
Read more
More posts