Parents Need to Act Against Climate Change for Their Kids’ Sake 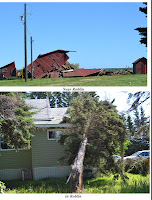 by Mark Hertsgaard - The Daily Beast Droughts, heat waves, with the evidence mounting of major climate change, why aren’t parents taking action to protect their children from its dire effects? Mark Hertsgaard calls for parents to act just like they would if a train was heading toward their children. Full story here. Damage from a wicked plow wind which struck a wide area of western Manitoba in July. PLT photos
Post a comment
Read more

Rodale's - A note from our Executive Director    The news has been flooded with all sorts of noise about the Stanford meta-analysis “Are Organic Foods Safer or Healthier Than Conventional Alternatives?” Although both the researchers themselves and the media made it sound as if conventional came out on top, the numbers clearly made the case for organic. Here is what we saw when we read the report: PLT photo
Post a comment
Read more
More posts