Is a world-wide ban now the only ethical thing to do? 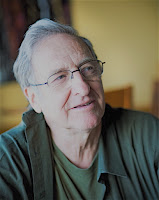 Did your parents farm In Canada in the years following World War 11, as mine did? If so, little would they have dreamed of the health dangers lurking within the popular chemical, DDT, which they might well have been spraying on their fields.

The product was applied widely (some say indiscriminately) back then to kill bugs that were consuming food crops and forests and spreading human diseases like typhus and malaria. Just as common were assurances from government and industry that “all was well.”

But DDT was banned in North America in the 70’s after Rachel Carson exposed it in her book,“Silent Spring” as the culprit in massive die-offs of birds and fish and as a “definite chemical carcinogen.”

DDT made a significant resurgence in the early 2000’s, however.

That’s when the Bill and Melinda Gates Foundation and the World Health Organization began promoting programs to control malaria, notably in Sub-Saharan Africa. DDT is sprayed indoors and used to treat bed nets to protect people from malaria mosquitoes. It is now estimated up to 5 thousand tonnes are applied yearly.

But the degree to which DDT can harm not only those directly exposed, but their offspring several generations later, has only recently become better understood.

Late last year, a research team at Washington State University (WSU), published a study with a disturbing finding; “The biohazards of DDT are significantly greater than anticipated.”

In experiments with laboratory rats, the team discovered that the chemical seems to have the ability to cause serious ailments related to obesity (metabolic disease) in offspring born to parents directly exposed, even though those offspring had no such exposure, themselves. They include diabetes, diseases of the liver, kidney, heart and reproductive organs, male infertility and a shorter life.

DDT thus joins a growing list of substances such as jet fuel and dioxins with the same dubious ability.


So the researchers now believe that, while diet and lifestyle  are playing a role,  the DDT applied during its heyday, too, is still contributing to the deadly epidemic of obesity that has been sweeping this continent for years. 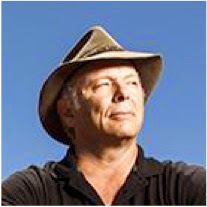 “In the 40s and 50s, all of North America and the entire population was exposed to DDT. We are now three generations from the 1950s, when the obesity metabolic disease frequency was around 5% and today is near 40% of the population. So, yes, some of the disease today is due to these ancestral exposures.”

Some researchers now believe DDT should be banned, worldwide.

This summer, WSU did a follow-up study, this time with unusual input from the its School of Philosophy. It examined the ethical and moral implications of DDT’s continued use, in the wake of last year’s disturbing revelations. “Current day exposures need to now be considered in light of the transgenerational actions of DDT,” the team concludes. As Prof. Skinner puts it, a worldwide ban is now a matter of “environmental justice. There are alternatives with shorter half-lives that need to be considered.”

But convincing the world that a total ban is needed, may not be easy.

In 2009, the Annual Review of Entomology reported that, after some two decades of DDT application, the death rate from malaria had plummeted. In 1900, it was claiming more than 19 lives per ten thousand population; in 1970, fewer than two. The Review calls that “a massive reduction.” And the Gates Foundation claims its program has helped reduce the death toll from malaria by more than 40 percent over the past dozen years or so.

But the WSU ethics paper poses some convincing arguments of its own; Health implications uncovered by the recent research are endangering individuals "who are not able to have any voice in the decision to use the pesticide." So we must now balance the number of lives being saved from malaria, against the implications that its continued usage will surely have. “There are now many accounts of socially disadvantaged, ethnic groups and the poor, suffering the ill effects of environmental degradation,” states the report. “DDT use in the developing world looks set to be yet another case in that sad history. The harm will only fully emerge over the course of a number of generations.”

The report concludes that the burden of proof must now shift back to those advocating for its continued use. And the worst thing that could happen would be to carry on with the status quo without careful consideration of the consequences.

-30-
Postscript: I asked the Gates Foundation and the World Health Organization for comments on this some time ago. I am still waiting for their responses.
---------
In a future chapter, Larry will explore this.
Is there a new DDT on the horizon?
Stay tuned!

(This article is also posted on "OpEd News," where it drew about a dozen comments! Please read them here.)

Rich McGinnis said…
"Is there a new DDT on the horizon? "

Difficult to turn back the clock or ban the use.