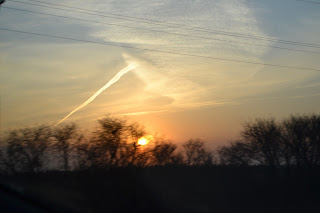 PinP photo.
Geneva – An estimated 12.6 million people died as a result of living or working in an unhealthy environment in 2012 – nearly one in four of total global deaths, according to new estimates from the World Health Organization (WHO). Environmental risk factors, such as air, water and soil pollution, chemical exposures, climate change and ultraviolet radiation, contribute to more than 100 diseases and injuries.

Noncommunicable diseases contribute to largest share of environment-related deaths
The second edition of the report, Preventing disease through healthy environments: a global assessment of the burden of disease from environmental risks, reveals that since the report was first published a decade ago, deaths due to noncommunicable diseases (NCDs), attributable to air pollution (including exposure to second-hand tobacco smoke), are amounting to as much as 8.2 million of these deaths. NCDs, such as stroke, heart disease, cancers and chronic respiratory disease, now amount to nearly two-thirds of the total deaths caused by unhealthy environments.  At the same time, deaths from infectious diseases, such as diarrhoea and malaria, often related to poor water, sanitation and waste management, have declined. Increases in access to safe water and sanitation have been key contributors to this decline, alongside better access to immunization, insecticide-treated mosquito nets and essential medicines.


Healthier environment: healthier people
“A healthy environment underpins a healthy population,” says Dr Margaret Chan, WHO Director-General. “If countries do not take actions to make environments where people live and work healthy, millions will continue to become ill and die too young.” The report emphasizes cost-effective measures that countries can take to reverse the upward trend of environment-related disease and deaths. These include reducing the use of solid fuels for cooking and increasing access to low-carbon energy technologies.   “There’s an urgent need for investment in strategies to reduce environmental risks in our cities, homes and workplaces, said Dr Maria Neira, WHO Director, Department of Public Health, Environmental and Social Determinants of Health. “Such investments can significantly reduce the rising worldwide burden of cardiovascular and respiratory diseases, injuries and cancers, and lead to immediate savings in healthcare costs.” Environmental risks take their greatest toll on young children and older people, the report finds, with children under five and adults aged 50 to 75 years most impacted. Yearly, 1.7 million children under five and 4.9 million adults aged 50 to 75 deaths could be prevented through better environmental management. Lower respiratory infections and diarrhoeal diseases mostly impact children under five, while older people are most impacted by NCDs.
Burden of disease in WHO Regions

Regionally, the report finds, low- and middle-income countries in the WHO South-East Asia and Western Pacific Regions had the largest environment-related disease burden in 2012, with a total of 7.3 million deaths, most attributable to indoor and outdoor air pollution.

Top causes of environment-related deaths
Looking across more than 100 disease and injury categories, the report finds that the vast majority of environmentally-related deaths are due to cardiovascular diseases, such as stroke and ischaemic heart disease.

Strategies to reduce environmental disease burden
The report cites proven strategies for improving the environment and preventing diseases. For instance, using clean technologies and fuels for domestic cooking, heating and lighting would reduce acute respiratory infections, chronic respiratory diseases, cardiovascular diseases and burns. Increasing access to safe water and adequate sanitation and promoting hand washing would further reduce diarrhoeal diseases. Tobacco smoke-free legislation reduces exposure to second-hand tobacco smoke, and thereby also reduces cardiovascular diseases and respiratory infections. Improving urban transit and urban planning, and building energy-efficient housing would reduce air pollution-related diseases and promote safe physical activity.  Many cities around the world are already implementing many of these cost-effective measures. Curitiba, Brazil has invested heavily in slum upgrading, waste recycling, and a popular “bus rapid transit” system which is integrated with green spaces and pedestrian walkways to encourage walking and cycling. Despite a five-fold population increase in the past 50 years, air pollution levels are comparatively lower than in many other rapidly growing cities and life expectancy is two years longer than the national average. Through WHO’s water safety plans, which work to identify and address threats to drinking-water safety, Amarapuri, Nepal identified open defecation as a water quality hazard contributing to diseases in the area. As a result, the village built toilets for each household and was later declared an Open Defecation Free Zone by the local government. Currently, WHO is working with countries to take action on both indoor and outdoor air pollution. At the World Health Assembly in May, WHO will propose a road map for an enhanced global response by the health sector aimed at reducing the adverse health effects of air pollution.

The full report and press materials are available here.
at March 14, 2016