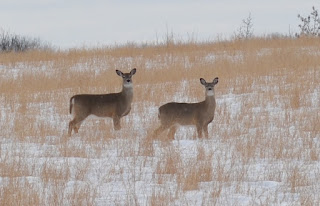 Winnipeg, April 14, 2016: “The Green Party urges the next government of Manitoba to uphold the law and protect the Whitemud Watershed Wildlife Management Area from the proposed Energy East pipeline,”  said David Nickarz, Green Party of Manitoba critic for Manitoba Conservation and Water Stewardship.

Research by the Manitoba Chapter of the Western Canada Wilderness Committee has uncovered a legal roadblock where the route crosses the Whitemud Watershed Wildlife Management Area (WMA).  WMAs are protected from oil and gas development, and the proposed pipeline will change the use of the existing pipe from natural gas to diluted bitumen from the tar sands -- a substantial change.

“Using a 40 year old natural gas pipeline that already leaks to force diluted tar sands bitumen is a drastic change of use.  A Green government and any future Green MLAs would oppose the Energy East pipeline because of the threat to the climate, our water and now our treasured Wildlife Management Areas,”  said Nickarz.

David Nickarz is the Green candidate in the Wolseley constituency in the upcoming Manitoba provincial election.

Whitemud Watershed 5,682 ha
The WMA is comprised of 13 widely-spaced units which provide important habitat for deer, upland game birds, amphibians and other wildlife.
Edington, Oak Leaf, Robins Ridge, Grass River, Glenella and Waldglen Units (in the Gladstone-McCreary area) include aspen forest, mixed-grass prairie and formerly cultivated areas seeded to grasses or forage.
Edrans and Hummerston Units (Northeast of Carberry) are characterized by sand dune formations, aspen-oak forest and native mixed-grass prairie.
Lower Assiniboine Unit (along the Assiniboine River) is made up of IO parcels that include riparian forest and previously cultivated areas seeded to grasses and forage. Some parcels also have sand dune formations and native mixed-grass prairie.
Pratt, Clairmont, Chipping Hill and Sight Hill Units (South of MacGregor) are dominated by aspen-oak forest.
at April 14, 2016

No argument from me on that, for it only makes "good common sense" to protect the animals of the wild and provide them with a secure haven for years to come. As for the road-block legalities … that issue will likely end up in the courts.
What is upsetting to me however, is the most recent decision provided by the Supreme Court of Canada,regarding Metis and non-status Indians as I believe this could place our wildlife and their survival in dire jeopardy. There will be no safe place,and it will be open season on hunting, anytime and anywhere,
Using modern firearms and transportation modes will surely add to the demise of natures creatures,….our Wildlife and Conservation Officers are powerless to intervene.