Giving money to political parties, while older than Manitoba itself, has now erupted into something of a political storm in the province. And, to give context to the role of party donations, it's necessary to explain it in chronological order, going back a few months.
This summer, Opposition parties slammed the provincial government when a financial contributor to the PCs, Colleen Munro (above), got the green light to develop a controversial limestone quarry in the southeastern RM of Rosser. The Government-appointed Municipal Board, made up of at least two other PC party donors, approved the project, over-ruling opposition to the quarry, both from local residents and the duly-elected local council. (There is no appeal from Board rulings.)
As the Manitoba Liberal Leader, Dougald Lamont put it at the time, "If you want something done, all you have to do it to give lots of money to the PCs."

Now, PinP has uncovered a strikingly similar scenario - with a twist - in another part of the province. Except this time, the role that political donations may be playing has, so far, flown beneath the radar.

Over the ongoing objections of several local residents, Canada's biggest pork processor, HyLifeFoods has just won approval to build a multi-million dollar hog factory near the Village of Elgin in the southwestern RM of Grassland. After initially rejecting the proposal, the local council there reversed itself and announced, last week, it was approving it.

The Reeve publicly claimed, the turnaround came only after winning concessions from the company. But, had the RM not reversed itself, it almost certainly would have faced a lengthy and expensive appeal before the Municipal Board. Given the precedent the Board set in Rosser, it surely seems approval would have been the final outcome, anyway. 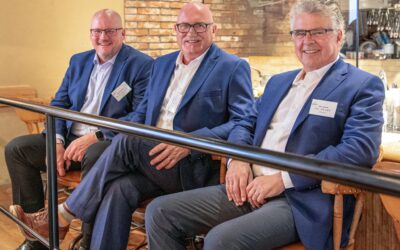 My search of ElectionsManitoba records (see screen shots, below) reveals the following: three of four HyLife founders, Claude and Denis Vielfaure and an associate, Donald Janzen (above) of the southeastern Manitoba community of  La Broquerie, have, since 2010, contributed almost 24 thousand dollars ($23,569.75) to the PCs.

John Fefchak said…
But, it's Manitoba's current Government, led by Briand Pallister's Conservatives, which has, arguably proven to be the friendliest to the hog industry.

Soon after coming to office in 2016, it set aside environmental regulations under the previous NDP which had been seen as roadblocks in the way of industry expansion.


Suddenly,The Save Lake Winnipeg Act is wrong... even though when passed in 2011, all Manitoba opposition Conservative MLA's at that time, voted in favour, but suddenly they are also wrong as we hear....“It was garbage legislation that was meant to create or exacerbate the urban-rural divide,” Morris MLA Shannon Martin, a PC who represents an area in the heart of Manitoba’s hog belt, said about the previous NDP government’s legislative and regulatory attack on hog farming.

This last statement makes me and should make readers wonder….What calibre of people are we electing to represent us at government these days; especially when a fellow conservative arbitrarily criticizes his teammates for supporting valued legislation, that he is now criticizing?
The underlying assertions that the hog industry is being made a scapegoat reminds me of a 1992 movie, A Few Good Men, where Col. Jessup says ... " They can't handle the Truth, they don't want to know the truth,"

To me, it seems our present Manitoba majority government, and some people in the media have no idea, or have chosen to ignore of what has been happening and taking place over the past 20 years in our province ( much like the proverbial ostrich with his head buried in the sand ) Yet, they are quite agreeable to lock-step and support an Industry that has developed a reputation of Pigs, Poop, Politics and Profit, and to hell with the rural folks, animal stewardship, water and environment, with no thought of the repercussions for those actions.