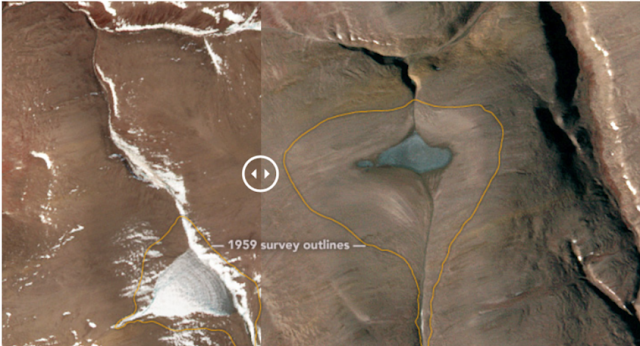 PHYS ORG The white patch in the lower left and dark spot in the upper right were all that remained of two, once-mighty glaciers in the region in 2016. Now, they're gone. A NASA photo. The St. Patrick Bay ice caps on the Hazen Plateau of northeastern Ellesmere Island in Nunavut, Canada, have disappeared, according to NASA satellite imagery. Story here.
Post a comment
Read more

Thumbs-up for Alaskan mine draws fire 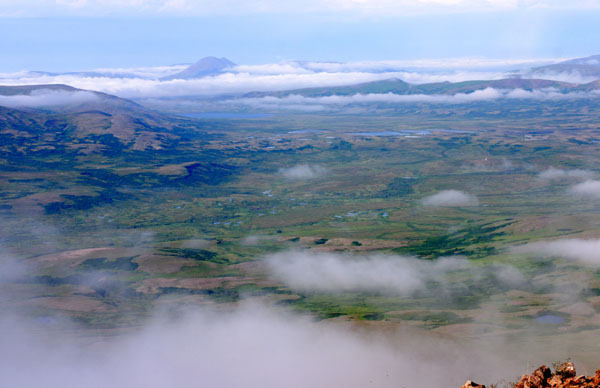 Science Magazine - Edited by Jeffrey Brainard The area of the mine in question. Photo by Erin McKittrick A company seeking to build a controversial gold and copper mine in Alaska won a major victory on 24 July when the U.S. Army Corps of Engineers issued an environmental analysis saying the mine wouldn’t endanger the world’s most productive sockeye salmon fishery. The decision clears the way for the Corps to issue permits needed by promoters of the Pebble Mine, located at the headwaters of two major watersheds that form part of the Bristol Bay salmon runs, just north of the Aleutian Islands. Environmental and Native Alaskan groups and some salmon scientists blasted the new study, saying it understated risks by focusing on the mine’s small, initial footprint over 20 years of mining rather than its potential impacts if it expands to become one of the world’s largest gold and copper mines, as its promoters hope. Mine backers have said such an expansion would get a closer environ
1 comment
Read more
More posts