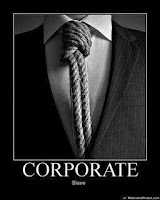 Planetsave The Canadian fossil fuel giant Transcanada is encountering increased resistance from the “Tar Sands Blockade” in eastern Texas. Details here. PLT: Given the bullying tactics of this stinking company, is it any wonder resistance is increasing? Surely the power of The Corporation over the people is now absolute. That a Canadian-based corporation is involved, in this case, makes this Canadian nauseous. If I get the chance, I will throw up on its CEO.
Post a comment
Read more

Communication Breakdown: How Canadians Were Let Down on E. Coli Response

The Globe and Mail PLT photo Millions of Canadians have been fed a bunch of B.S. by those whose responsibility it is to prevent, contain and explain such public health disasters. Full story here.
Post a comment
Read more
More posts