Unsung Victims of the XL Pipeline 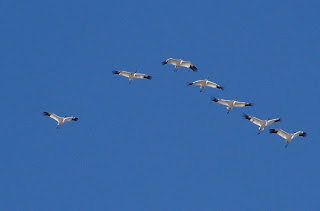 by Larry Powell It's nothing but another act of criminal negligence. I n their coverage of the Environmental Impact Statement (EIS) into the proposed Keystone XL pipeline,  our corporate media have flagrantly ignored the lowly creatures we share Planet Earth with; creatures which will be pushed closer to extinction if this project proceeds. According to that same EIS, no less than 13 animal species, already declared endangered under federal "laws," "could be impacted" by the proposed project.  Impacted? They're already endangered! Ah, what the Hell! Let's run 'em down! They don't count anyway!  Here is the havoc this massive, misguided project will wreck on the plants and animals of our natural world which happen to be in its way. Remember, the passages below are taken directly from the EIS. "• Habitat loss, alteration, and fragmentation;  • Direct mortality during construction and  operation, including collision with
Post a comment
Read more 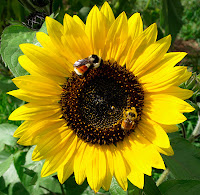 Glasgow Herald Scottish ministers are under mounting pressure to defy the Westminster government and back a European ban on toxic pesticides which are blamed for killing bees. Details here. Bumble Bees on sunflower. PLT photo PLT; At least civilized societies such as this see the need for action. Sadly, here in Canada, the hearts and brains of the Harperites turned to stone long ago.
Post a comment
Read more

A Better Plan Than 'Endless Growth': Enough Is Enough

Common Dreams by Rob Dietz and Dan O'Neill The World Economic Forum held its annual meeting in Davos, Switzerland last month.  The official theme was "Resilient Dynamism," a catchphrase that makes about as much sense as... Details here.
Post a comment
Read more
More posts