Member of Parliament Plays Both Ends Against the Middle. (Opinion) Methinks my Member of Parliament, Robert Sopuck (above), speaks with forked tongue. The Honourable Mr. Sopuck (Conservative, Dauphin-Swan River-Marquette) recently rose in the Commons to brag about his government's multi-million dollar "national conservation plan." The plan, he promised, "will mobilize action across all regions for stewardship and conservation."

But, alas, in his last mail-out to householders, he sings a different song. In it, he once again "cheerleads" for the re-opening of the long-closed Mt. Agassiz ski resort in Riding Mountain National Park.

This would entirely reverse an earlier plan to remove the aging ski-lift infrastructure and return the site to its natural state. And never mind that the re-opening is opposed on several grounds by the Canadian Parks and Wilderness Society. CPAWS is one of our nation's main watchdogs trying to make sure our parks are managed in a way that leaves their natural heritage unimpaired for future generations. 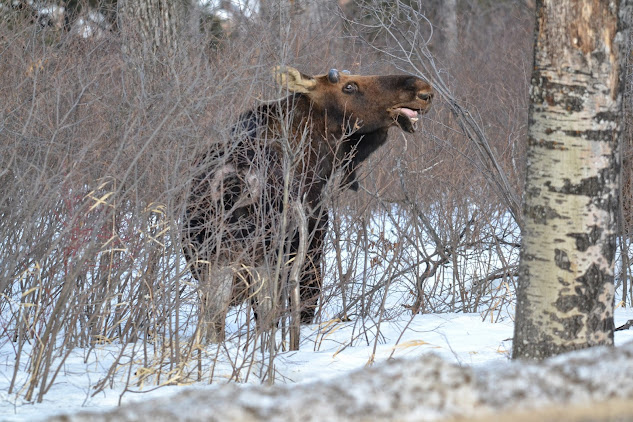 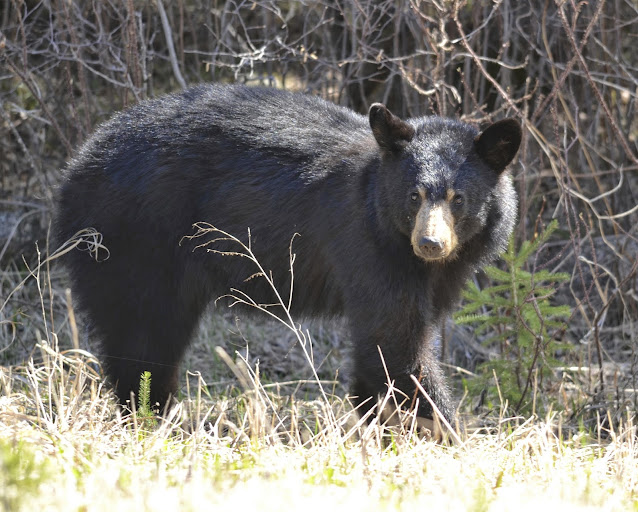 Creatures of the park who obviously register, not on Mr. Sopuck's radar screen,
but in his gunsights. PinP photos.
But simply re-opening the resort apparently isn't enough for Mr. Sopuck. He's all atwitter now about developing the entire eastern slope of the park, even for year-round pursuits! He invites entrepreneurs "not only in Manitoba, but across Canada," to get in on this "opportunity."

What do you have in mind, Mr. Sopuck? Midways? Carnivals? Candy-floss vendors? Beer stores?

I guess I'm not really surprised given that Mr. Sopuck's government continues to approve tar sands projects that are driving entire herds of caribou extinct in the boreal forests of Alberta - and bulldozed ahead despite massive opposition, with a wacky and tawdry scheme to allow a U.S. multi-national to build a massive, glass-bottomed viewing platform in Jasper Park.

In fairness, it is not only the Harperites who have shown they are prepared to place Canada's once-proud conservation ethic on life support. Other governments at other levels have done it, too. I'm just worried that Mr. Sopuck may actually be prepared to pull the plug!

Hypocrisy, thy name is Robert!
PinP
========
In this YouTube video below, apparently produced by Mr. Sopuck himself, he portrays himself as a rugged outdoorsman and hunter. In short, a legend.

A conservationist? Well, maybe not so much!

Letter To The Editor

I agree with your comments, Larry.
Mr. Sopuck…."without the distinction of honourable" was ushered into being a Member of Parliament in the hope of filling those vacant shoes and attaining the recognition of his eminent predecessor, Inky Mark who retired in 2010.
That has not happened and I have my doubts that it ever will.

Anonymous said…
I also agree with your comments, Larry. Of great concern is the purchasing of lands in the area, followed by complete abandonment, by Nature Conservancy.
There has been no protection of the environment, wildlife, wildlife habitat, and Sopuck does not own land in the area. Local property owners have not been included in Sopuck's candy floss plans.
June 21, 2014 at 7:32 PM

PLT said…
Re; the last comment from "anonymous," an official of Nature Conservancy in Manitoba, Kevin Teneycke, denies his group; has "purchased lands in the area (of the park), followed by complete abandonment."
June 24, 2014 at 11:08 AM

List the lands which you own in Manitoba, all 50 thousand acres of them, include all property titles and GPS location and let the public decide to what extent you protect anything.
July 20, 2014 at 9:49 PM