PinP Publisher Larry Powell to Take Part in a World Conference on Investigative Journalism in Winnipeg This Summer. 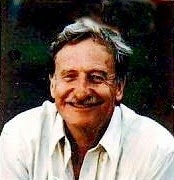 I am pleased to have been chosen to serve on a panel during the "Holding Power to Account" conference, at the University of Winnipeg, on June 13th, 14th and 15th. The event will explore the importance of the news medias' role in exposing corporate and political wrongdoing. There will be scores of speakers from no less than 5 continents. Among the featured speakers will be Peter Mansbridge, host of CBC TV's The National, Diana Swayne, the CBC's senior investigative correspondent and Carl Bernstein, part of the Washington Post team which exposed the Watergate scandal several years ago.

My panel will provide "a showcase of co-operative and public radio pioneers and their work in holding the powerful to account." It is scheduled for 2.15 on the afternoon of Sat. June 14th. Please consider attending!

Larry Powell is a veteran, award-winning journalist in Neepawa, Manitoba. He specializes in stories about agriculture, the environment and human rights.

For decades, he worked for radio and TV stations in western Canada. Most of his career was with the CBC, both as an employee and later as a freelancer.


In 1986, the Centre for Investigative Journalism chose his radio documentary about high cancer rates among uranium miners in northern Saskatchewan as the best in the country that year.

Currently, Larry writes for various online and print publications, including "The Dominion - News From the Grassroots" and the Journal “Alternatives - Canada's Environmental Voice." He publishes the blog,  PlanetInPeril.ca

Others on the same panel are:

John Fefchak said…
Great news Larry. I am proud of you and your unrelenting endeavours to show "The paths that we
need to travel".
Per Ardua Ad Astra
May 19, 2014 at 6:57 AM

Gaile Whelan Enns said…
I just reviewed the line up. Speakers are an amazing group. Glad this event is coming to Winnipeg. There are few options in the registration package. That is meal costs are in ALL options even for people who do not need meals. Also there is NO PUBLIC EVENT that I can see. The usual U of Wpg approach is for one evening, or one panel event etc to be open to the public. In fact this approach is quite common in Winnipeg when international or national events come to Winnipeg. Too bad.
May 19, 2014 at 1:06 PM