by Larry Powell It has been exactly two weeks since I contacted Keystone Agricultural Producers (KAP), Manitoba's main farm lobby group, to comment on my story,  "New Studies Show Farm Chemicals Are Affecting More Than Bees. Bird Populations are Declining, Too.   Is modern agriculture's toxic hold on nature becoming a death grip?"   (It appeared both on this blog on July 30th and subsequently in the Virden Empire Advance weekly. A number of other publications declined to publish.)  I reported on new research showing that insecticides,  widely used on crops in  this province and elsewhere, were associated with declines in populations of birds which eat insects. The chemicals, members of the "neonicotinoid" family, are the same ones which have, for some time, also been linked to large and significant declines in populations of pollinators, especially honeybees.  Purple Martins.  Among  the "insectivorious"  birds  on the decline. La
1 comment
Read more 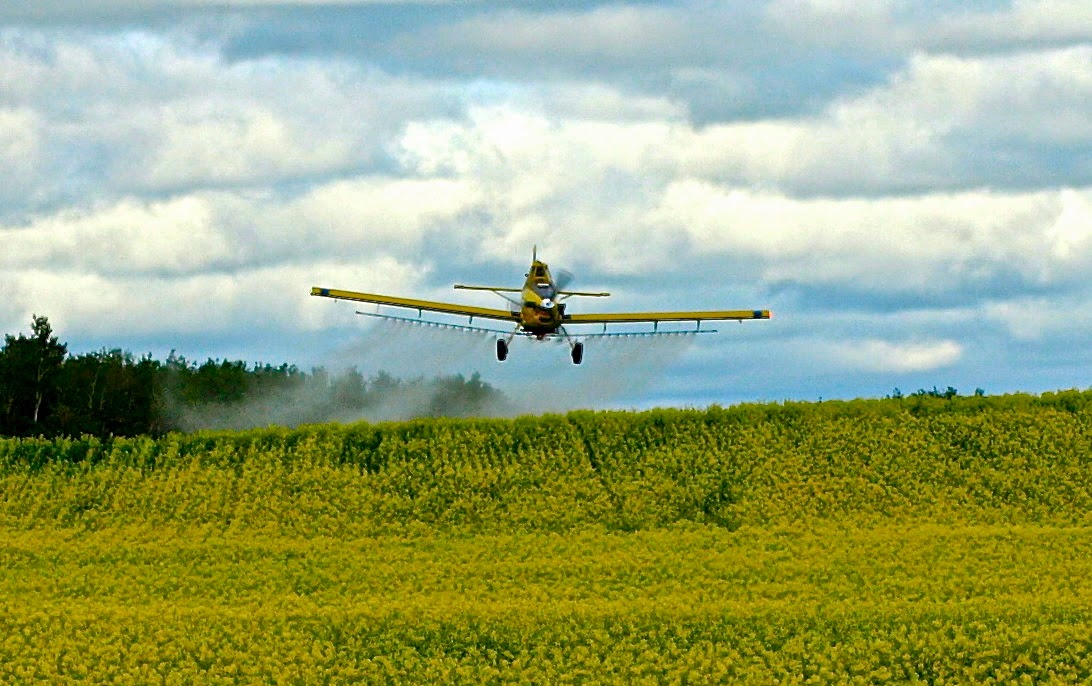 Center for Food Safety Over a hundred million additional pounds of toxic pesticides associated with cancers and birth defects are coming to a field near you. UNLESS YOU STOP IT! To help, click  here. "Crop-Duster." PIP photo. Please also read: "New Studies Show Farm Chemicals Are Affecting More Than Bees. Bird Populations are Declining, Too.  Is modern agriculture's hold on nature becoming a death grip?"
Post a comment
Read more
More posts