- May 06, 2015
CBS News An oil train derailed and caught fire early Wednesday in a rural area of central North Dakota, prompting the evacuation of a nearby town where about 20 people live. Story here.
Post a comment
Read more

- May 06, 2015
Friends, We’ve said before that the oil price shock could lead to profound shifts, and last night Canada got its first real taste of what that could look like.
Post a comment
Read more 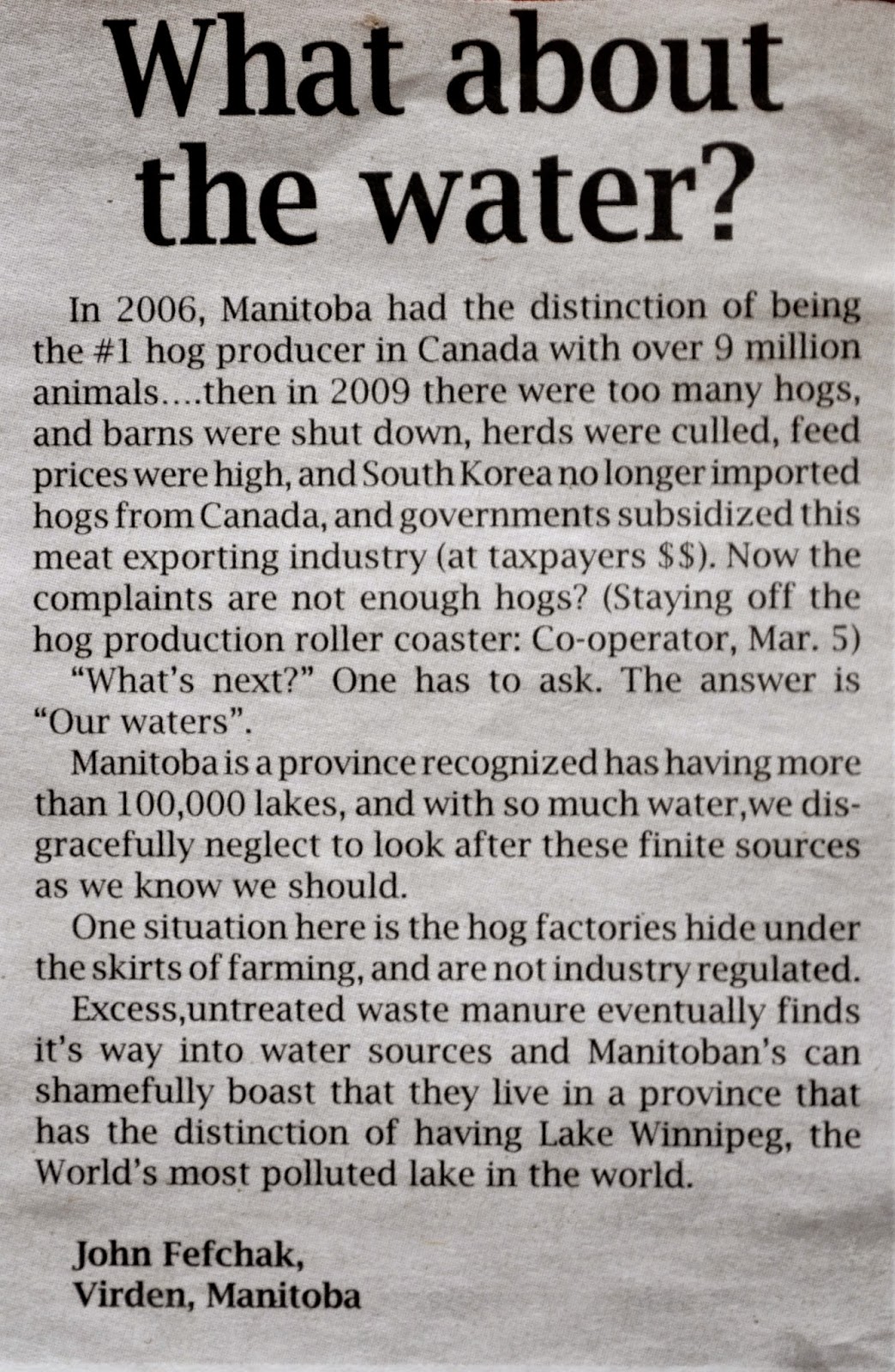 PinP Below is a series of letters   to the editor  (in chronological order)  in the weekly newspaper, the Neepawa (Manitoba) Banner. They swirl around the always stormy issue of factory hog barns. John Fefchak has been a long-time critic of these industries, mainly due to their impact on water resources  (and a regular contributor to the "comments" section of this blog) . He began the exchange with this first letter, which appeared in the Banner earlier this spring. Then, this response. Dear Editor, I’d like to respond to the letter “Look at the Facts,” printed in the Banner on Apr. 24th.  It claims John Fefchak hates hog producers. I’ve known John for several years now. Sure, he gets passionate about things. Those who put dollars ahead of clean air, water, soil, healthy people and a healthy planet upset him. B
1 comment
Read more
More posts