My Latest Letter. Will it Make You Angry? I Hope So! (But Not at Me!)

Just when you think Trump has made the worst possible choice for his cabinet, he announces another who’s even worse.

Take that wacka-doodle ex-Governor of Texas, Rick Perry, for example. Perry couldn’t remember the name of one of the government departments he pledged to eliminate when he tried to run for President four years ago. Now, Trump has named him to head it!  (It’s the department of Energy. You know, the “trivial” one responsible for the U.S. nuclear program!)

Perry is a climate-denier and evangelical. So it’s not surprising that taking practical action to curb greenhouse gas emissions just wasn’t in his playbook. So, instead, in 2011, “Governor Rick” decreed there be days of prayer to “fix” the terrible, prolonged drought that had been ravaging his State. The rains came, alright, almost six months later. After that,, they turned into floods which washed away vast areas of his State. Such are the rewards of those who put their trust in an anti-science, believer-in-magic.

Perry also owns a piece of the Dakota Access pipeline which has imposed such terrible misery on the people of Standing Rock. So, I take it back. Maybe he’s not stupid, after all. Just evil.

Of course, the previous appointment to the Trump cabinet was oh, so much better (sarcasm intended)! The dude in charge of the world’s biggest oil company, Exxon-Mobile (Ex-Mob), will be Trump’s new Secretary of State. Much ado has been made (& rightly so) of his cozy relationship with the thug who runs Russia; Not so much about the fact some some US States have actually been moving to lay charges against his company for the lies and deception it has been engaging in over climate change. Decades ago, the corporation’s own scientists began issuing internal warnings that its products were harming the planet. Instead of doing the right thing, dear old “Ex-Mob” covered it up and even hired imposter “scientists” and phony front groups to claim it was not so (ala Big Tobacco and the lies it cooked up, to make us think that cigarettes were just plain harmless).

I could go on - but you get the point.

So, it is no longer a “stretch” to say, south of the border, the lunatic fringe has now gone mainstream. Among other things, it has elected a “Commander-in-Chief” who plans to unleash Devil Coal back into our lungs. All the while, Trump pisses on the cradle of knowledge lovingly assembled over generations by the best minds on our planet; that doubling down on coal is absolutely the worst thing we can do if we want to avoid human health and climate catastrophe. With malice aforethought, Trump is on a course to harm all living creatures everywhere. Don’t forget, Donald’s emissions won’t respect U.S. borders.  And, they’ll be just as harmful to his own “basketful of deplorables” as they will to the innocent and the kind in the U.S. and beyond.

But the deplorables won’t care.

It will matter nothing to them, for example, that air quality improved greatly when Ontario phased out coal-fired generating plants almost a decade ago, probably saving that province billions in health care costs. Why? Because they live in their own universe which runs parallel to reality, truth, facts and decency. Don’t forget. To them, unemployment increased under Obama (it did not). The stock market crashed under Obama (it did not). California is not one of the United States. (It is.) But the popular vote there was heavily in favour of Hillary. So, instead of accepting that as fact, the deplorables find it convenient to argue, instead - without a shred of justification - that the votes there should just be ignored!

Most chilling to me is the degree to which “Trumpism” seems to be creeping, like a cancer, into Canada. One of our country’s most notorious “rebels-without-a-clue,” Ezra Levant, hosted that disgraceful protest on the steps of the Alberta legislature earlier month. Like lap dogs, his “rebels” were chanting for Alberta’s Premier Rachel Notley to be “locked up” because she plans to bring in a carbon tax. Way to go, Ezra! Fascist moves like this should guarantee you a spot on The Donald’s Christmas card list!

Lavant, a self-proclaimed “journalist,” is well known for being sued successfully for his outrageous lies, mostly to support his twisted delusion that climate change is a hoax. Earlier this year, he actually posted someone else’s video on the ‘net (for which he did not have permission). He claimed it showed journalists cheering in the press room as the big climate accord was approved in Paris. It was apparently supposed to illustrate just how biased the media are. Problem is, they were not journalists, and it was not the press room! The saddest part is, some people believe this guy actually has something useful to add to the climate change debate.

Then there’s Kellie Leitch, the leading contender for the leadership of the Conservative Party of Canada. She actually believes Trump has “good ideas.” Her own brand of hatred and racism has made her the top fund-raiser in the campaign. I wonder if she could pass her own test for “Canadian values?”

You know what they say. The price of freedom is eternal vigilance. With barbarians knocking at our gate as we speak, now would not be a good time to let down our guard. 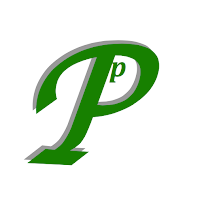