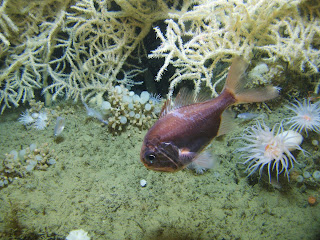 NATIONAL OBSERVER An Atlantic roughie. Photo credit NOAA A leading conservation group, OCEANA, has sounded an alarm over the state of Canada’s fishery in a new report that reveals that less than 25 per cent of the country’s fish stocks are considered healthy and the status of almost half is unknown. Story here.
Post a comment
Read more

Climate Change and Life on Earth. When Will the Treadmill Stop? 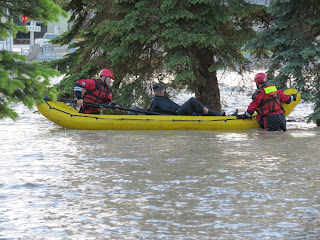 Below is a letter I just submitted to several newspapers, mostly in Manitoba. Larry ========= Dear Editor, An old man is rescued from epic floodwaters - Calgary, Canada. 2013. Photo credit- RAF-YYC   A lot has happened to Mother Earth since I wrote my last letter about our changing climate.  A state of emergency was declared in Dawson Creek, B.C. last week after heavy rain turned the creek, which runs through the middle of town, into a raging torrent. It cut the community in two. They got as much rain in a day (90mm) as they normally get in a month. People living there say they’ve never seen anything like it. One called it “the worst in living memory.” Homes were flooded, streets and vehicles swept away. Many residents were stranded and had to be rescued. Premier Clark warned Canadians to expect more of the same, as global warming (caused by the burning of fossil fuel) spawns more extreme weather events like this. She pledged millions of dollars to help “flood-proof”
Post a comment
Read more
More posts