Could our changing lifestyles and a changing climate spell a return of deadly diseases like malaria to Canada? A recent scientific study warns - it's possible! 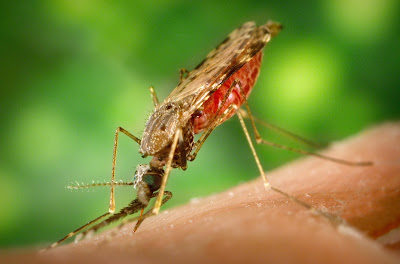 by Larry Powell A malaria mosquito, Anopheles albimanus. Photo by CDC. Mosquito-born diseases (MBDs) like dengue fever and malaria aren't currently established in Canada, partly due to our harsh climate. But global warming combined with increasing international travel, could change all that.  New research by a Canadian team from the National Microbiology Lab, the Public Health Agency  of Canada (PHA) and two universities finds, given "an evolving situation" due to climate change, mosquitoes native to Canada "may become infected with new pathogens and move into new regions within Canada." But exotic species may move in, too, bringing diseases like malaria and dengue fever along with them, from afar, as well.  And, "With high levels of international travel, including to locations where the diseases are present," states the report, "there will be more travel-acquired cases of MBDs." As a result, the team stresses a nee
Post a comment
Read more

Due to extremely dry conditions, Manitoba livestock producers are being temporarily allowed to cut hay and graze animals on crown land. 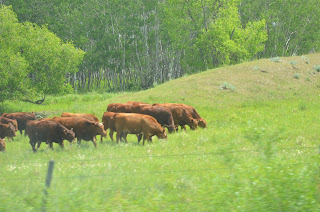 Government of Manitoba Cattle graze on a Manitoba pasture. A  PinP  photo. Manitoba Agriculture advises that, due to dry conditions in parts of the province, livestock producers will temporarily be allowed to cut hay and allow animals to graze on Crown land not normally designated for agricultural use. Under certain circumstances, Crown land can be made available for agricultural use.  The Agricultural Crown Lands Leasing program will administer the use of available land and provide necessary permits.  Livestock must be removed when the naturally existing forage is exhausted or by Oct. 31.  Baled hay must be removed by Nov. 15. Producers with AgriInsurance contracts who intend to put their crop to alternate use are required to contact the Manitoba Agricultural Services Corporation office to arrange for a field appraisal prior to harvesting the crop.  Crop producers should also consider making crop residue available to livestock producers. For more informatio
Post a comment
Read more
More posts