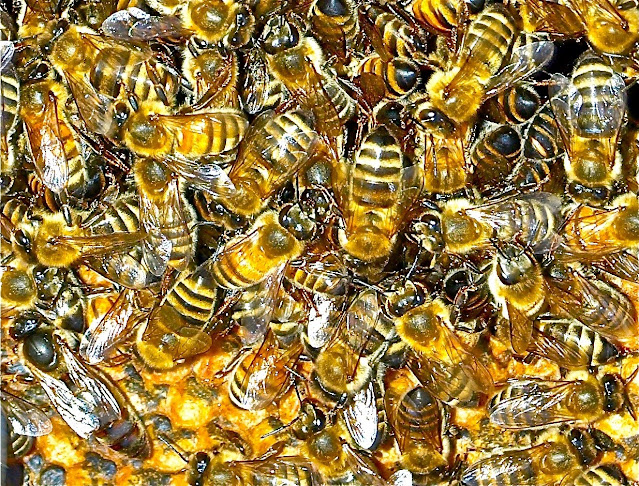 by Larry Powell A honeybee colony in Manitoba. A PinP photo. It's brand name is "Sivanto," (generic name -  flupyradifurone ). It's an insecticide designed to kill a wide range of bugs which eat food crops such as soybeans. Bayer is registering it in many jurisdictions around the world.  After conducting various field studies,  Bayer  concludes , "Sivanto displayed a very promising safety profile." The company concedes, it works in ways similar to the  neonicotinoids  (a group of insecticides which has become notorious for its likely role in pollinator decline). Still, it finds, the product "can be considered safe to most beneficial insects, specifically pollinators."  Image by Brian Robert Marshall. But a team of scientists at the University of California, San Diego, reaches a different conclusion.   In findings published earlier this year, the team gave a range of Sivanto doses to the bees, including ones
Post a comment
Read more
More posts