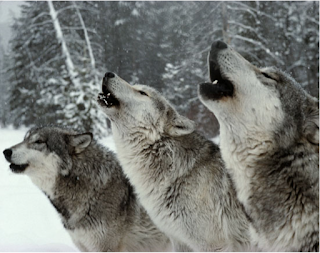 While the consequences of habitat loss have been known for some time, new research just published, underlines just how grave the situation has become.  While this latest research is German, animals like the grey wolf faces similar disruption in North America.  It’s called “habitat fragmentation.” And, it’s been happening on such a large scale, it’s been hard to tell what aspects are the most destructive. That's because ecologists - at least 'til now - haven't been able to properly keep track of all wildlife within an entire eco-system when human developments confine them to smaller and more isolated patches of livable space.  Seismic lines dissect the boreal forest in northern Alberta. Photo by  Roland Roesler. Using a new computer modelling system,  German scientists have concluded,  such landscapes are a big problem for large predators such as lions and wolves. They're the ones who run out of food firs
Post a comment
Read more
More posts