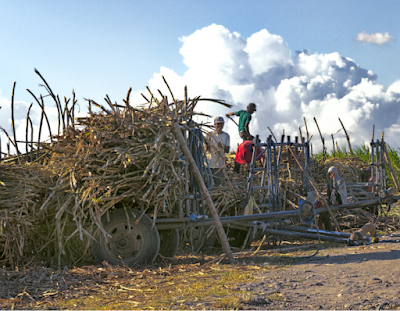 SCIENCE MAGAZINE "Harvesting"   by  Beegee49   Brazil has reopened the door to expanding sugarcane plantations in the Amazon, even though it is difficult to grow the crop there. Scientists worry the move will increase deforestation and harm biodiversity and carbon sequestration in the jungle. President Jair Bolsonaro, who has pushed for more economic development in the Amazon, on 5 November revoked a 2009 agricultural zoning plan that prohibited public funding for sugarcane production within the Amazon region, where low yields increase risk for private investors. But Bolsonaro's administration says the ban is unnecessary because other laws require that the cultivation be environmentally sustainable. Brazil is already the world's largest producer of sugarcane, with approximately 10 million hectares of cane fields—only 1.5% of which are now in the Amazon. The region's extremely humid weather and poor soils are not ideal for popular cane varieties, and stu
Post a comment
Read more
More posts