Showing posts from February 2, 2011
Show All 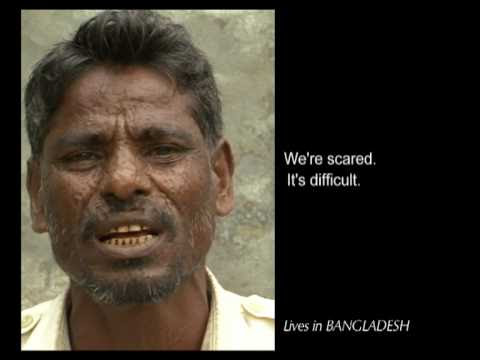 Hide Your Kids, Hide Your Wife: Not Even Canadians are Safe from the Kochs Anymore! 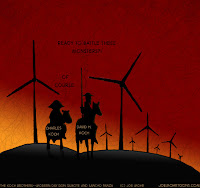 The idiom “tilting at windmills” (or turbines) derives from the novel Don Quixote by Miguel de Cervantes. It means to attack imaginary enemies, or fight unwinnable or futile battles. Big Oil and Coal (and others) are in a futile battle against clean energy. Clean energy will inevitably emerge victorious. Unfortunately, when oil billionaire brothers, Charles and David Koch of Koch Industries (apologies for putting their names on the horse and ass’s asses) fight unwinnable battles, you can be certain the pointless battles will last a lot longer than they should. Putting approximately 100 million dollars of their money into right-wing coffers  to keep fellow polluters happy and federal regulations lax, Koch Industries is more than eager to fight a battle that compromises our future and greatly compromises the future of our children. Courtesy of PlanetSave (click pic & story to enlarge)     Please also read: "As Tea Party Koch Brothers Earned An Extra $11 Billio
Post a comment
Read more
More posts