48 Hours to Save Canadian Journalism? 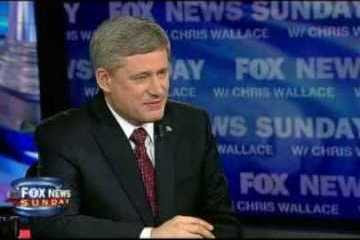 COMMENT: Patti wrote: "This is just one in a long list of abuses and audacities that this PM and his government have perpetrated. How long are we going to stand for it? No credible opposition to challenge the abuses and no populace knowledgeable enough to vote this criminal and his party out."  Dear friends across Canada, Public protections against false and misleading news coverage could be destroyed by the CRTC -- paving the way for "Fox News North" to spread false information to the Canadian public that supports their political agenda. We have just two days to raise a national outcry and urge the CRTC to protect Canadian journalism!
Post a comment
Read more

Chevron is guilty.  Tell CEO John Watson:  Clean up Ecuador NOW! Dear friend, Yesterday marked a historic day for corporate accountability. A judge in Ecuador found Chevron guilty of massive oil contamination in the Amazon rainforest and ordered the company to pay over $8 billion to clean it up. The verdict is the culmination of an 18-year struggle by the Indigenous and rural Ecuadoreans — the real heroes of this epic fight — who first sued Chevron to force the company to clean up its oily mess back in 1993. The battle is won, but the war for corporate accountability is far from over. Chevron has vowed to appeal the decision , and it’s all too clear that the company intends to never pay for its oil pollution in the Ama
Post a comment
Read more
More posts