CBC Manitoba Thinks Nothing Can Be Done About Climate Change! Larry Writes Yet Another Letter-to-the-Editor 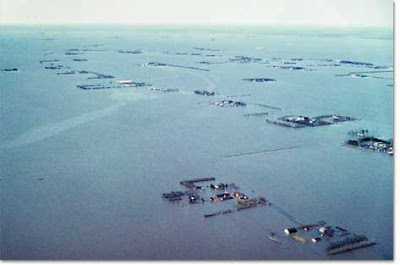 Larry Powell The flood of the century - Red River Valley - 1997.  I made what I thought was a reasonable request of CBC Manitoba the other day. I asked it to start including atmospheric levels of carbon dioxide (C02), in its weather casts. After consulting with John Sauder ( CBC photo - r. ), their extremely competent "weather guy"(John is Manitoba's only broadcast meteorologist), a CBC spokesperson told me, "no." Why? Because it might be "inflammatory!" The CBC further explained that, wind chill factors and UV levels, which they report regularly, were things upon which their listeners/viewers "can actually take some immediate, personal action." The implication in that response is that there is nothing we can actually do about climate change! That, I found, was the most chilling part of all. Apparently, we can no longer choose to drive smaller cars, take the bus, live close to work or just visit the Mayan Rivier
Post a comment
Read more
More posts