Showing posts from November 4, 2012
Show All 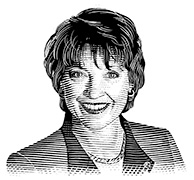 Financial Post - Diane Francis. There is nothing in this deal with China that will protect Canadians. Details here. ===== PinP : Francis is no raging left-winger. She describes herself as a free-enterpriser and her columns over the years are testament to that. There's no doubt this China trade deal, which apparently our leader, Stephen The Great, has already ratified with no formal debate in parliament, sells out our country.  Just recently, a Canadian military intelligence officer was tried for selling secrets to Russia. When all is said and done, I wonder,  who will have done more harm to our country, the traitor or the Prime Minister?  Think about it.
1 comment
Read more

Boston Globe Could we (the U.S.) handle a muscular new version of our quiet northern neighbors (Canada)? For that matter, could they? Full story here. Commander-in-Chief Harper in Afghanistan
Post a comment
Read more
More posts