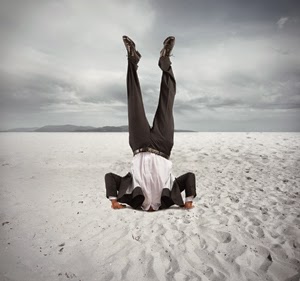 I, a scientist with a PhD in Microbiology and Immunology, was a climate change denialist. Wait, let me add, I was an effective climate change denialist: I would throw on a cloak of anecdotal evidence and biased one-sided skepticism and declare myself a skeptic. Good scientists are skeptics, right? I sallied forth and denied every piece of evidence that was presented to me, for a relatively long time. Details here.


Larry……Does this sort of fit on with the confessions story?

SCIENCE,and Politics, and the good of the public are not always the same.
I agree, but my question (or observation) is: "But how does one separate the two?"

Profit and destruction are two of the major reasons for the application of science today,whereas environmental and associated social costs are seldom, seriously addressed.
I don't approve but can understand why university scientists who have been underfunded for so long,welcome generous grants and the many extras offered by industry and corporate endeavours.

I appreciate the additional finances are a life line for some universities to survive; but it seems to me, and it is reasonable to ask: "What is expected in return by these fund givers"?.
For instance, will scientists in such a relationship, be influenced to achieve and even promote findings that are not strictly factual conclusions of their research, but are beneficial to the situation of their kindly patrons?
Then there are many self-regulated companies and industries that have the need and also the resources to employ and maintain their very own faculty of experts. Those individuals,among them, scientists, who will serve in research, advance new products and help deflect any criticism that may be encountered.
Again, one must consider the reputation and integrity of that company to help determine if true science will be upheld or will it be compromised. But in the final analysis, it comes down to two things.
First: Who is paying for the work? and
Second: What does that particular company want by way of controlling or predetermining the outcome of any research that is undertaken?.

The examples that I have put forth are typical of to-day's modern society that allows the truth of science to become a casualty and therefore, a victim, influenced in many ways by the interfering role of politics.

So, the question remains: "How does one separate politics from interfering with science"?.