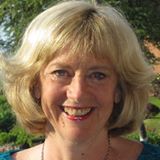 About a month ago, three thousand, five hundred pigs died horrible deaths in a hog barn fire near New Bothwell, in southern Manitoba. Sadly, it was just the latest in what has become an all-too-familiar occurrence in this province.
Trapped in a fiery inferno, the animals would have likely suffocated in the smoke before the flames actually took over.
It’s hard to imagine the terror and panic that must have gripped them in those moments. Firefighters battling such disasters say they’re often haunted for a very long time by the sound of their screams.

The animals that perished there, bring the total number of pigs to be burned alive over the past decade in Manitoba to 64,000.

And surely you’d expect an industry that claims to be both humane and  “business-savvy,” to support a move to greater safety, too. Yet, in its apparent zeal to expand and save a few bucks on new barns, Manitoba Pork is actually supporting Pallister in the de-regulation process!

According to Mike Teillet of Manitoba Pork, the barns seldom have any humans in them anyway, so there’s no need for more exit doors. But what about the animals? Surely modern technology can find a way to allow them to escape, too! Otherwise, aren’t these structures just death traps waiting to happen?

The government and Manitoba Pork seem to be giving us the message that they are content with the status quo; that hog barn fires are simply a risk of this industry and that nothing more can be done. How many more pigs will have to suffer this needless and excruciating end?

What more powerful indication can there be that the hog industry and government have become so desensitized to the fact that these are living, sentient creatures? The pigs that are the basis of this industry are often referred to as “animal units,” to describe how much they weigh and how much manure they produce. The production system is under constant pressure to produce more piglets at less cost, resembling an industrial assembly line. Thousands of pigs live under one roof jammed into spaces so small that sometimes they can barely move. The female pigs (sows) are kept in gestations stalls from the age of 6 months till they are culled around 2 years of age. The stalls are so small the sows cannot even turn around and can barely take a step or two  forward or backwards. They never see the light of day or have the opportunity to root in straw or build a nest before giving birth.

How far have we moved from family farming to this industrial model, where thousands of animals are kept inside buildings with minimal human contact, feed is automated and they must live above pits of their own feces and urine?

Manitoba Pork and the government are sending a clear message about their attitude toward the issue of hog barn fires. Instead of letting us know what they will do to fix this problem, they are saying it’s not worth fixing. Their justification is that the relaxed regulations will reduce costs of barn construction by one or two percent.
Is this really how a civilized society wants to allow its animals to be treated, even if those animals are destined to be on someone’s dinner plate?

If thousands of our beloved cats and dogs were routinely dying in fires in animal shelters there would be tremendous pressure on government to put a stop to it. But, because the thousands of pigs are hidden behind closed doors in these institutionalized barns, the public is much less aware of their plight. Our guess is that, once that awareness grows, the public's taste for pork will diminish.