The cycle of mercury pollution in the Arctic tundra 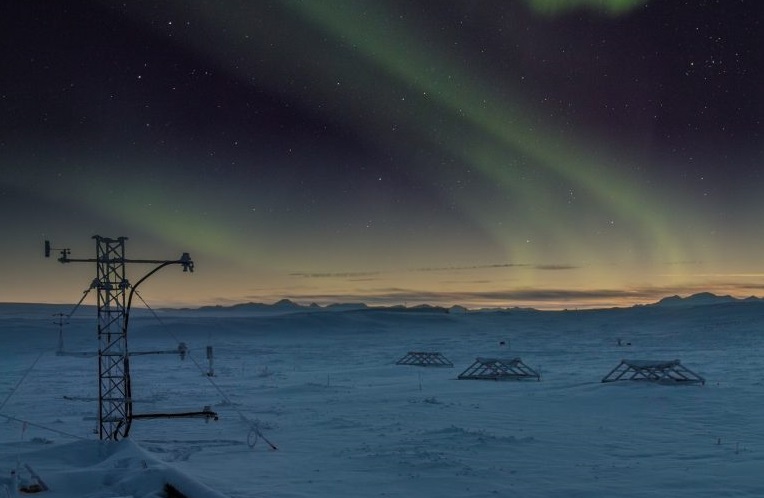 the Arctic, and a new study has identified the form most often

taken by the pollutant: gaseous elemental mercury (GEM). The

acts as a major sink for mercury, as the local plants uptake GEM

from the atmosphere; and what this means for the global mercury

cycle as global temperatures warm. Isotopic data collected in the

original study by Obrist et al. reveal that GEM accounts for 90% of

the mercury in plants, and the uptake of GEM by plants is

especially high in the summer. Since plant matter decomposes

into the soil, the Arctic soil may soon become a substantial

Anthropogenic activities have led to large-scale mercury pollution in the Arctic, but it remains uncertain whether wet deposition of oxidized mercury via precipitation and sea-salt-induced chemical cycling of mercury are responsible for the high Arctic mercury load. This paper presents a mass-balance study of mercury deposition and stable isotope data from the Arctic tundra, and finds that the main source of mercury is in fact derived from gaseous elemental mercury, with only minor contributions from the other two suggested sources. Consistently high soil mercury concentrations derived from gaseous elemental mercury along an inland-to-coastal transect suggest that the Arctic tundra might be a globally important mercury sink and might explain why Arctic rivers annually transport large amounts of mercury to the Arctic Ocean.
Email Post
Labels: pollution