Did you hear them interview Walt Cobb on CBC Radio this week about the BC wildfires?

They asked him if he thought, as the world's leading climate scientists do, that wildfires have become "the new normal."

“I don’t necessarily agree with that. There’s always been changes…Like my wife said the other morning…this is in somebody else’s hands… God has lined up what’s going to happen. And we’ll have to live with that." 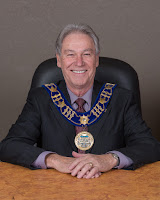 So who is Walt Cobb, you ask? Some ordinary guy off the street? Not exactly. He is the Mayor of Williams Lake, B.C. (l.) That's a city of 10 thousand - now almost a ghost town. It was ordered evacuated due to unprecedented fires burning in the region.

Does he strike you as a guy who has a clue about the science? I can't really see him being on the front lines of efforts to wean ourselves off fossil fuels toward more sustainable, renewable energy sources. Can you?


If that is the most he has to offer, as an important elected representative, he needs to step aside and let someone who, instead of having their head in the heavens, has both feet on the ground. 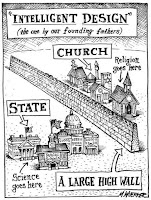 I know plenty of people who believe in God yet still embrace the now well-proven science of manmade climate change, too. Obviously, Mayor Cobb is not one of them. His is an example of religiosity that is not harmless and a walking example of the need for a clear separation of church and state.

John Fefchak said…
To the best of my knowledge, human males and females are born with two ears, and between those ears is a head , with two eyes, and a nose to make a face. Inside the head is a very delicate and important organ….called a brain. That brain endows humans to establish things like Good and Bad and Right or Wrong decisions / Choices. That is the way the Creator intended and it falls on us, not GOD. The situation is ours…... to bear and deal with the challenges that befall us.
Mayor Cobb needs to put his brain …'in gear' and use it wisely. It is not in someone else's hands.