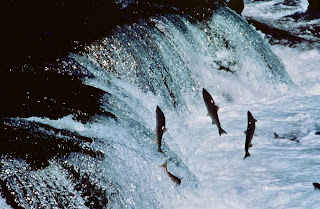 Across North America, streams and rivers are becoming saltier, and freshwater bodies, more alkaline, all thanks to human activity. According to a new study, salty compounds like road de-icers and fertilizers, which make their way into rivers, are significantly changing the salinity levels of the waters in the United States and southern Canada. Researchers analyzed the data recorded at 232 U.S. Geological Survey monitoring sites across the country over the past 50 years. It's the first study to simultaneously account for multiple salt ions — such as sodium, calcium, magnesium and potassium — in freshwater across the United States and southern Canada. The results suggest that salt ions, damaging in their own right, are driving up the pH of freshwater as well, making it more alkaline.
at 21:55