- January 02, 2018
WORLD RESOURCES INSTITUTE The year we are leaving has been disastrous …  Literally  ... STORY HERE.
Post a comment
Read more

Surprising revelations about Canada's ice age past. What do they tell us about the present? 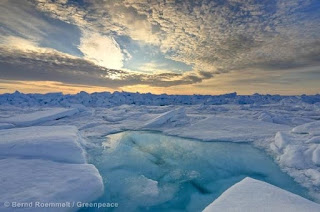 SCIENCE MAGAZINE Western Canada shed its icy cover a thousand years earlier than previously thought, and the circumstances of the ancient glacial retreat can help understand present-day climate patterns. A new study provides the new glacial retreat timeline based on an analysis of moraine samples. Researchers collected samples of deposits that formed after the Cordilleran Ice Sheet, which covered large portions of western Canada, retreated. Using beryllium isotopes to date the samples, the authors found that the CIS may have in fact been largely melted by 14,000 years ago, while newer, smaller alpine glaciers sprung up in pockets between the newly-bared mountain peaks.  Researchers also used simulations to show how warm temperatures during the late Pleistocene era contributed to CIS's early retreat, which had, in turn, contributed to a significant rise in sea level at the time. According to the authors, CIS response to abrupt climate change could be a model for the
Post a comment
Read more

Ice Loss and the Polar Vortex: How a Warming Arctic Fuels Cold Snaps

inside climate  news The loss of sea ice may be weakening the polar vortex, allowing cold blasts to dip south from the Arctic, across North America, Europe and Russia, a new study says. Story here. A country road in Manitoba. PinP photo.
Post a comment
Read more
More posts