Corals are severely bleaching five times as often as in 1980 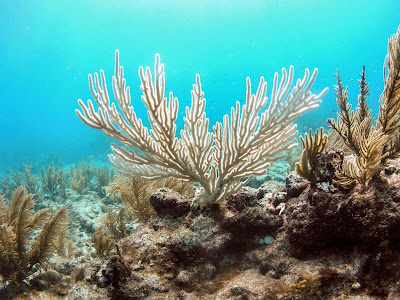 Are some Manitoba media stifling dissent on the hog barn issue? One activist speaks out.

John Fefchak of Virden (L.) has been a critic of the hog industry for years. An Air Force veteran now in his eighties, he writes many letters to the editor. They're often in a losing cause, and often at odds with the "pro-hog" editorial stance of many mainstream media. But neither circumstance nor time have deterred him. His letters drive home the wrong-headedness of politicians who "cheerlead" for an industry with so many downsides, including a propensity to pollute our precious waterways. Below is John's latest letter, telling of his experiences with the Sun, a daily newspaper in Brandon, Manitoba.   (PinP) ======= Is The Brandon Sun Newspaper Applying a Double Standard? On Nov. 14th, 2017, the Sun published yet another story about yet another hog producer complaining of being "hard done by." This after the Pallister government had already passed legislation recklessly slashing health and environmental protections, in order to pave t
Post a comment
Read more
More posts