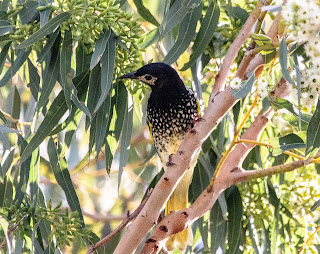 Science The grim toll on many helpless wild creatures from that countries epic infernos is slowly coming to light.  Story here. Below are some of the species at risk, possibly trapped in the flames. The beautiful Regent Honeyeater, already in diminishing numbers, living in an area threatened by the flames. Photo by Derek Keats, South Africa. The  pouched frog  ( Assa darlingtoni ), a small, terrestrial frog  found in rainforests in mountain areas of south-eastern Queensland &  northern New South Wales. Photo credit - Wikipedia. The endangered Blue Mountains Water Skink.  Taken a month after a bushfire. Photo by Sarshag7
Post a comment
Read more 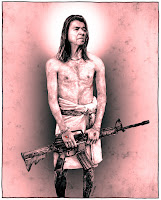 truthdig - by Chris Hedges The greatest moral failing of the liberal Christian church was its refusal, justified in the name of tolerance and dialogue, to denounce the followers of the Christian right as heretics. By tolerating the intolerant it ceded religious legitimacy to an array of con artists, charlatans and demagogues and their cultish supporters. It stood by as the core Gospel message—concern for the poor and the oppressed—was perverted into a magical world where God and Jesus showered believers with material wealth and power. The white race, especially in the United States, became God’s chosen agent. Imperialism and war became divine instruments for purging the world of infidels and barbarians, evil itself.  Details here.
1 comment
Read more
More posts