Huffington Post The Obama administration wants to reduce the amount of ethanol in the nation's fuel supply, acknowledging the biofuel law championed by both parties in 2007 is not working as well as expected. Full story here. Related: Bursting the ethanol bubble.
1 comment
Read more 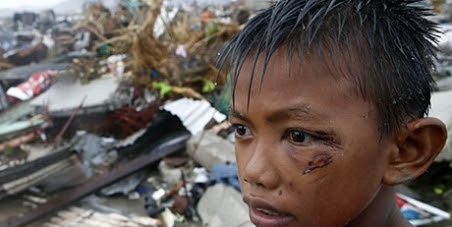 Dear friends,  The worst storm on record has devastated the people of the Philippines, and  scientists say climate change fueled it.  Leaders are meeting right now to decide whether to pay billions promised to help vulnerable countries recover from and protect against these climate disasters. Money that could go directly to helping the Philippines rebuild.  The Filipino negotiator just went on a hunger strike for action and has started a petition on Avaaz -- let's stand with him: The horror of what's happened in the Philippines is unimaginable. Ten thousand people wiped away by a 25ft wall of water driven by 300km/h winds. A city of 200,000 people looks like a nuclear bomb hit it. It's  the worst storm on record, but it's just the beginning , unless we act.  Right now the world's powers are in a global climate conference talking about whether to hand over billions promised to help the most vulnerable amongst us when climate change disasters hit. Yeb Sa
Post a comment
Read more
More posts