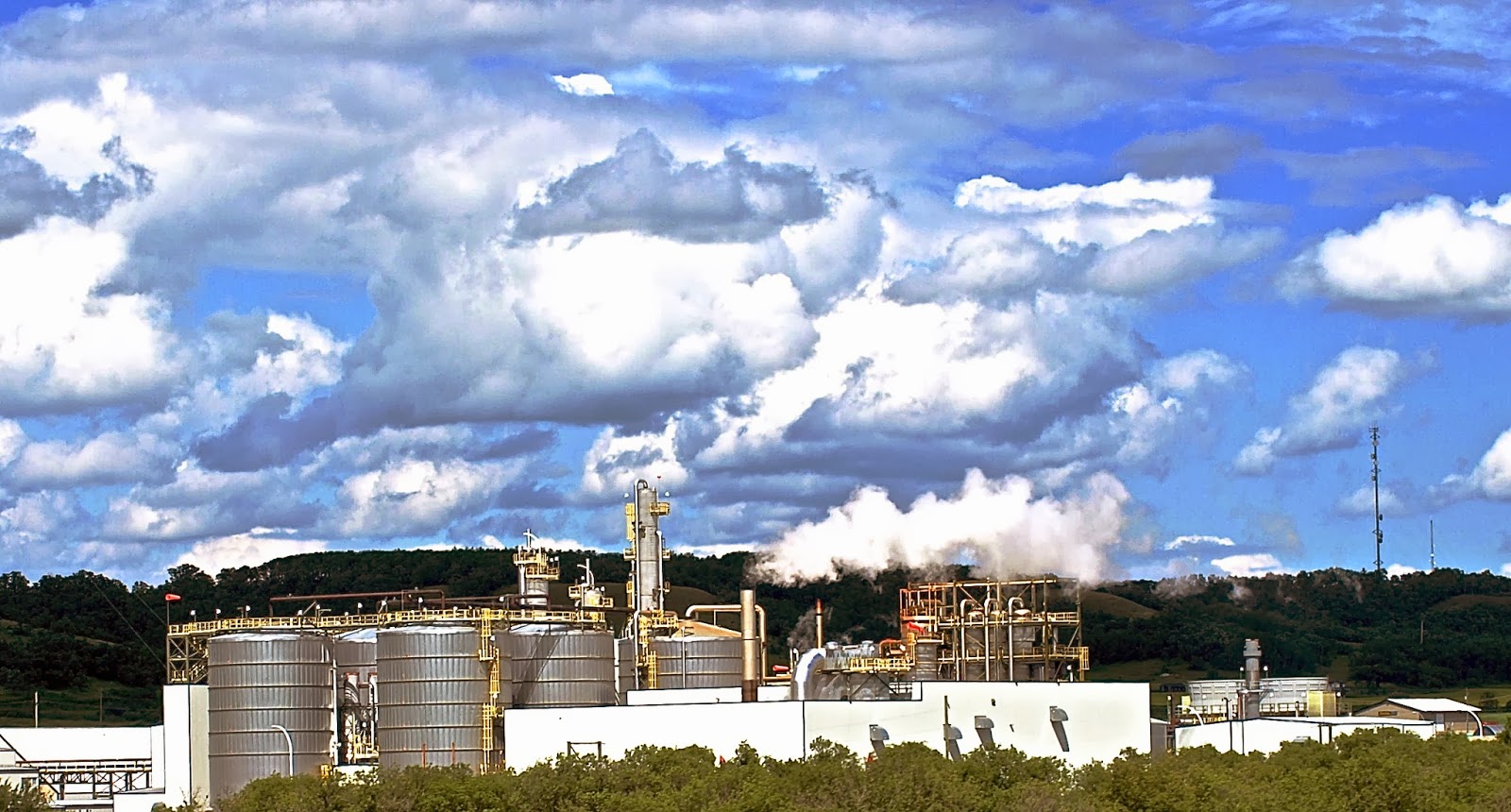 Some Canadian-made pollution from an ethanol plant in Manitoba, CA. PLT photo.
(Reuters) - Severe pollution in Beijing has made the Chinese capital "barely suitable" for living, according to an official Chinese report, as the world's second largest economy tries to reduce often hazardous levels of smog caused by decades of rapid growth. Full story here.