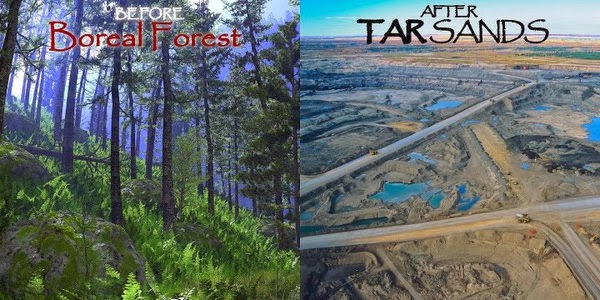 Email ThisBlogThis!Share to TwitterShare to FacebookShare to Pinterest
Labels: Lies and Damned Lies, The War on Tar, Vanishing democracy

lifted the comment, below, from the comments section of The Guardian, below the story. I do not believe Harper is quite as monstrous as, say Hitler. But, is the potential there? It's time for Canadians to consider this possibility.....
Lardtunderin

Every time I read that Canada is responsible for the horror called the Tar Sands (among other things), I cringe. This is The Harper Government (really, he wanted to change the name from the Government of Canada). He is a fascist comparable to others equally as monstrous in history. His racial target is the First Nations but his real holocaust is being wrought on the environment - and all of us by extension.

When song writer and musician Neil Young blasted the Harper government for allowing oil sands development, he was ridiculed and praised for his outspokenness.
Nevertheless, he has stirred a flame of reverence for what is happening and taking place in the Alberta Athabaska Oil Operation, reminding us that we will pay the ultimate consequence for this method of degradation for oil exploitation.
A recent study suggests the environmental health risks of oilsands operations in the region have been underestimated.

As of January, 2013, 92,000 square kilometers representing 66%
of the land area involved, had been leased for oil sands operations.
71,500 hectares of boreal forest have been disturbed by mining operations.

In a human situation, this devastation against nature would be referred to as
an Act of genocide. Some may refer to the oil sands as a crude and ignorant operation.
I would simply call it an immoral cancer, an unethical system developed and ratified by
human beings.

The government says we need those jobs and the economy that it brings to us.
Conservation and environmental concerns will not be allowed to impede or get
in the way of any ambitious projects, we are told.
Those restrictions will subvert dedicated organizations and departments that the public
relies on for water and environment protection.

Water- the most important resource that all living things need to survive and exist on
this earth, but at the oil sands it is treated with contempt.
It is poisoned, contaminated and ravaged by the industries in their relentless search
and processing the black gold, and all with the approval of our government.

Little caring and not registering, once this precious life sustaining liquid is polluted and undrinkable, we will be exterminating ourselves to extinction. For whatever we do to the web strands of life, we ultimately do to ourselves. Will we, as a society, ever learn?. Perhaps,..but unfortunately, only after it is too late.
According to executives of the biggest energy companies, some of us are in the land
of make believe and are being misled by sensational news and unfounded allegations.
I do not agree.
When I see photographs and read that 17,600 hectares of tailing ponds presently exist, with a toxic blend of hydrocarbons, silt, salts and heavy minerals and reported as a lingering headache for the industry, I get troubled and concerned, as we all should. I do not believe these are make believe and unfounded news clips.
In fact, talks are presently underway about conditions under which water from these
ponds could be released into the environment.

One way or another, humans are quite willing to allow themselves to be terminated
in the process of promoting economic benefits to the oil masters.
That is suicidal, not progress!

nature A public domain image. As humans diminish biodiversity by cutting down forests and building more infrastructure, they’re in... 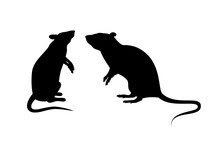