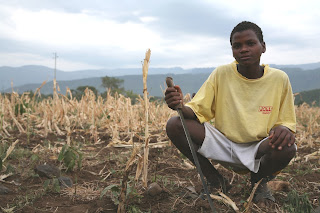 and watch my video, "Planet in Peril," here.


For the present time, Canada and the provinces have an abundance of fresh water to drink and sustain the peoples needs.
The looming situation however, is that governments at all levels have become extremely complacent in the protection of all our water sources.
Lake Winnipeg is but one example, there are many others.

An ancient trust doctrine dating back to the sixth-century Rome has been declared.."By the law of nature these things are common to mankind—the air,running water, the sea, and consequently the shores of the sea." (re:Our water resources are a public trust, Brandon Sun, 28 Nov. 2015)

Officially, the 22 March has been alloted,as World Water Day, where we are to appreciate and
recognize the importance of this life sustaining liquid. A dedication day, set aside by the
United Nations, to address and examine water issues around the world.
Canada and our province of Manitoba has been blessed with an abundance of water, and for that
we must be grateful,for there are many people in this world who do not have clean water to drink
and cook with. They struggle every day to get by on 5 or 6 liters of whatever they can obtain.
On average,in Canada,we will consume, use, waste, and flush over 250 liters every day.(per person)
and because of our abundant sources, we sometimes tend to take our water and its use, for granted.
However,changes are coming to the forefront and these changes, if not corrected,will eventually affect
us also,and not in a very nice way .
The "green" in the waters of Lake Winnipeg is not because of St. Patricks Day celebrations.
It is because there is an excess of sediments and nutrients from the immediate area,and from the huge watershed that feeds into the Lake. Why is this all happening now?
Well in fact, it probably has been progressing over the past 40 years or more ,and through the years, natures own cleaning and filtering devices,such as marshes,sloughs, ponds,etc. have been greatly reduced and practically eliminated.
Much of the land has been drained. Large cattle feedlots and Industrial hog operations are contributing vast amounts of manure and cities, like Winnipeg, occasionally permit the dumping of raw sewage into the rivers.
As well,municipalities are not exempt from their own contributions of pollution,and the list goes on.

In so many instances,we have eliminated Natures defences, and our government(s) although professing to be defenders of water, knowingly are agreeable to allow lakes to become polluted,as dumping sites for the benefit of mining operations

With actions like that, I have come to the conclusion that perhaps the United Nations has a role to
play,right here, in Manitoba and Canada.For in so many cases, we, along with our governments have
not dedicated the respect and appreciation that our waters deserve.
I would like to thank the Brandon Sun newspaper for publishing the article provided by ecologist, Dr.Scott Forbes, from the University of Winnipeg.